Snow is Here! An Introduction to the Subnivean Zone 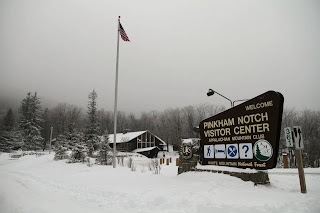 Here in the ever-erratic White Mountains, the slopes are finally living up to their name! Snow has arrived and it looks like it's here to stay. Throughout our first month of winter, we have watched layers of snow, that should have been the beginnings of winter snowpack, disappear before our eyes. To celebrate this first true breath of winter, lets take an introductory look at a unique feature of forests in the northern latitudes: the subnivean environment.

The term "subnivean" refers to the area beneath a formed snowpack, and the term is sometimes inclusive of the intranivean environment as well (the area within the snowpack). The subnivean zone is an insulated environment that remains at relatively stable temperatures of approximately 0 degrees Celsius, despite large shifts in ambient temperature above the snowpack. An area of relative hospitality, subnivean environments are one of the only places that small overwintering organisms can survive.

The phenomenon of subnivean microclimate is caused by a specific set of snow metamorphisms, or changes in the nature of the snowpack as it forms over the course of winter. In late Autumn, destructive metamorphism takes place - this is the initial snowfall that builds, forms the first ice crystals, and remains throughout the winter. As winter deepens, a temperature gradient in this forming snow layer causes water vapor to rise to the surface, resulting in a denser upper portion and a less dense area of "depth hoar" ice beneath. This process of constructive metamorphism allows for the first movements of small ground mammals beneath the snow surface. Finally, the snowpack reaches maximum strength and insulating ability during melt metamorphism, when freeze-thaw cycles further solidify ice structure. 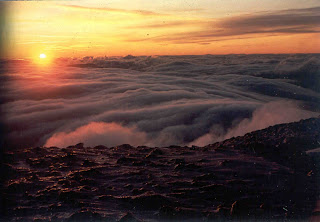 Many organisms overwinter in this layer directly above the ground, including several species of insects, fungi, mammals and even plants. Life in the subnivean environment is so unique that entirely new food webs have been proposed to accompany the changing relationships and increasing energetic needs of subnivean organisms. In the coming weeks, as our snowpack here in Pinkham Notch builds higher, we will be taking a closer look at the fascinating microclimate of the subnivean zone and at a few specific species that exemplify winter hardiness. Come back soon for more!